The 270 images are all the frames from the sole 10 seconds recorded with the actual moment of the execution of Nicolae and Elena Ceausescu, on the 25th of December 1989. (source: Romanian Television Archives, “The Live Romanian Revolution” Collection)

N 44° 55' 2.23'' E 25° 27' 22.456'' are the GPS coordinates of the place where they were killed. Here the 10 seconds footage is translated into a spatial model. I’m taking all the frames from which these moving images are made from (25 frames per second) and I’m not considering them as being flat, in two dimensions (567×706 pixels), but I’m looking at them as if each pixel would be a cube, not a square, so each frame will have the thickness of 1 pixel. When placed one behind the other, all these frames create a volume, a cuboid that would be the spatial, material representation of the digital footage created from the original VHS cassette. From this volume, I am only taking the left and right sides, creating the two images. The first column of pixels from each frame create the left-side image and the last columns of pixels of each frame create the right-side image. The pattern created is actually the result of the movement of the camera.

I’m expanding the image until it becomes an abstraction of the iconic frame for contemporary Romanian culture founded on the violent social rupture produced in 1989. The resulting configuration of pixels refuses the monocular perspective and, evoking the visual model of the panorama, situates the spectator within the frame. The diptych thus obtained through image processing interrogates the current position of the viewer and the effects of that historical moment as they are perceived in the present. 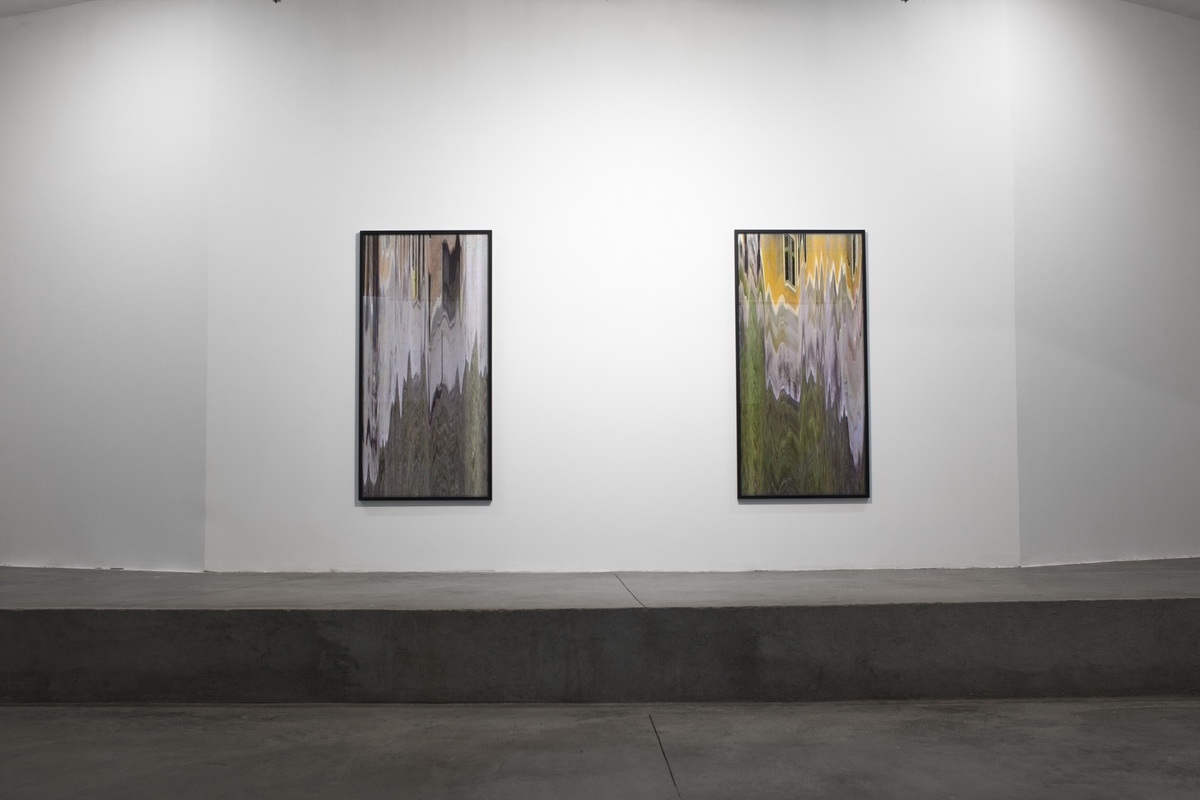